Skip to main content
It looks like you're using Internet Explorer 11 or older. This website works best with modern browsers such as the latest versions of Chrome, Firefox, Safari, and Edge. If you continue with this browser, you may see unexpected results.

A journal club for GWUMC faculty, fellows, residents and students interested in genetics.

What defines a female athlete?

In What Defines a Female Athlete?, Doriane Lambelet Coleman make a case for why Caster Semenya's testosterone levels are critical in determining if she should compete with women.  This article was published by the Genetic Literacy Project. 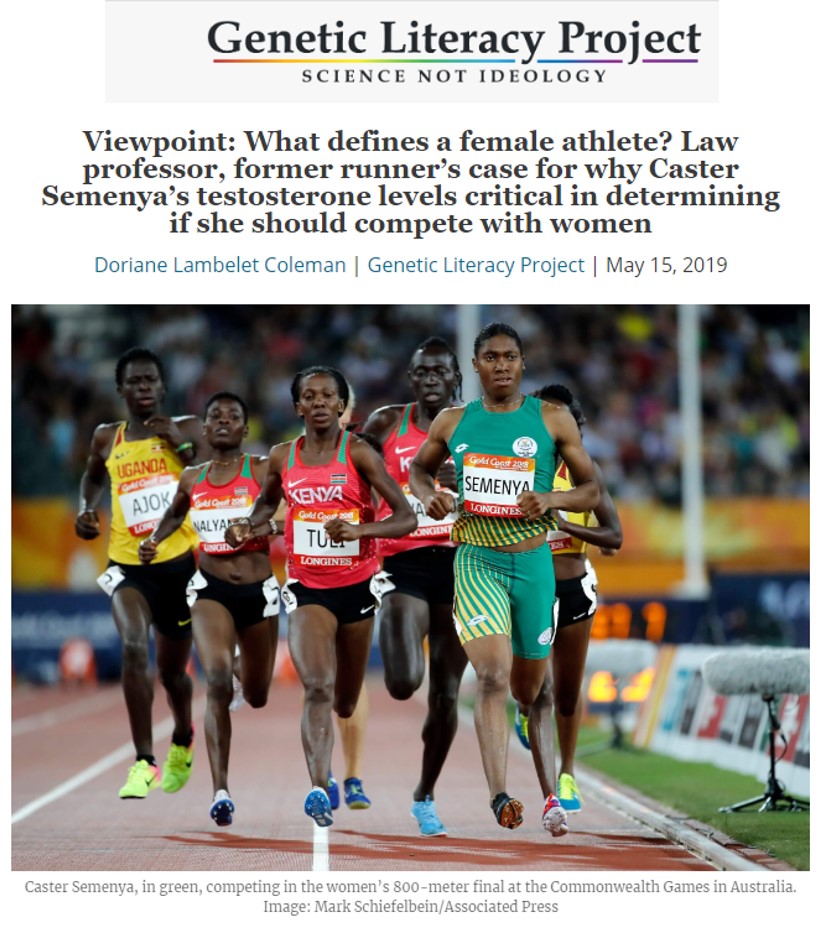 Genomics in the Public Square Session #2 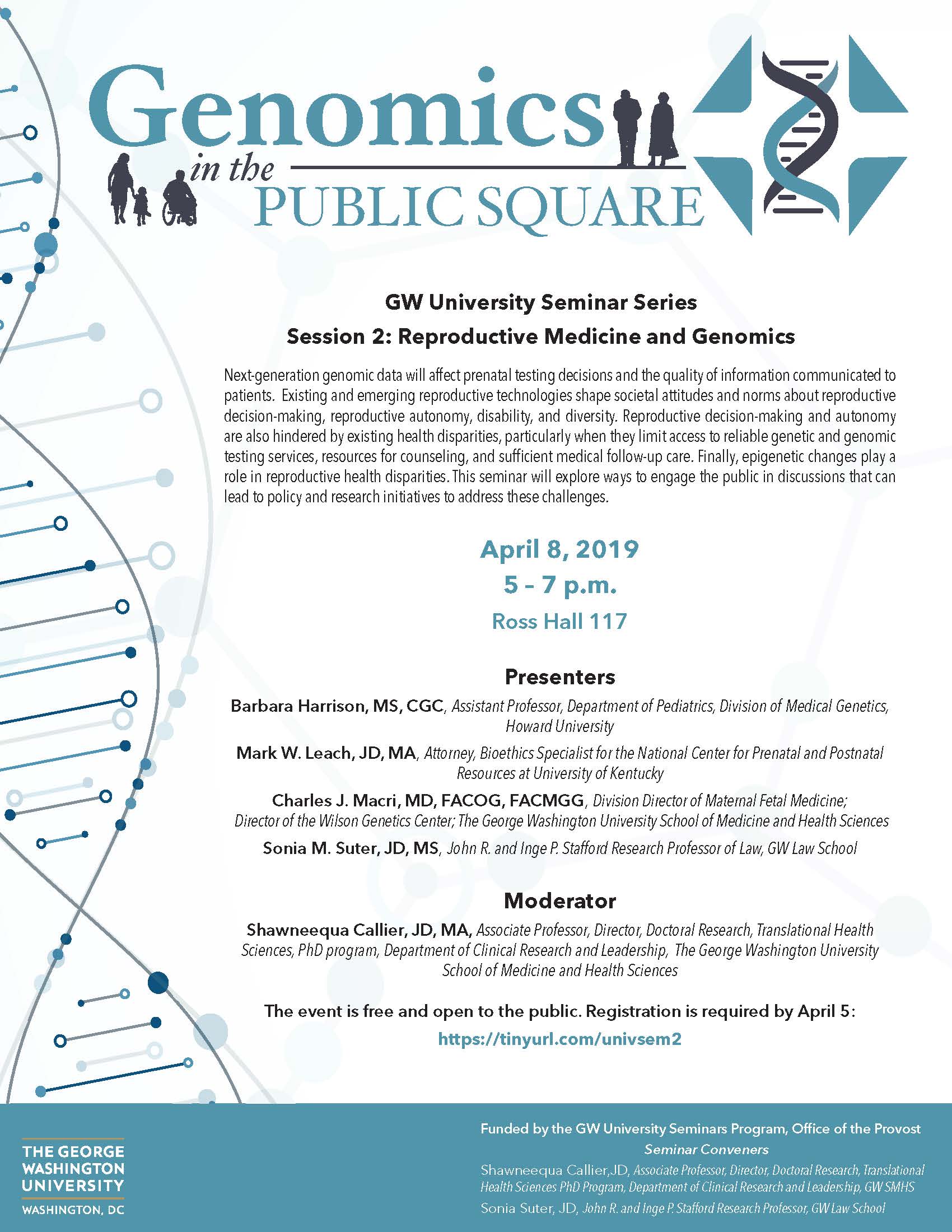 The Genetics Journal Club for this month features the article Molecular Support for Heterogonesis Resulting in Sesquizygotic Twinning that was recently published in the New England Journal of Medicine.  The article describes boy-girl twins whose maternal DNA was identical, and who share paternal DNA as with genetic siblings.  The authors propose that sesquizygosis is a newly identified and rare third type of twinning along with monozygotic (identical) and dizygotic (fraternal) twins .   The article describes the authors’ research to identify other pairs of sesquizygotic twins, a case report regarding this set of twins who are now four years old, and theories regarding how sesquizygosis occurs. 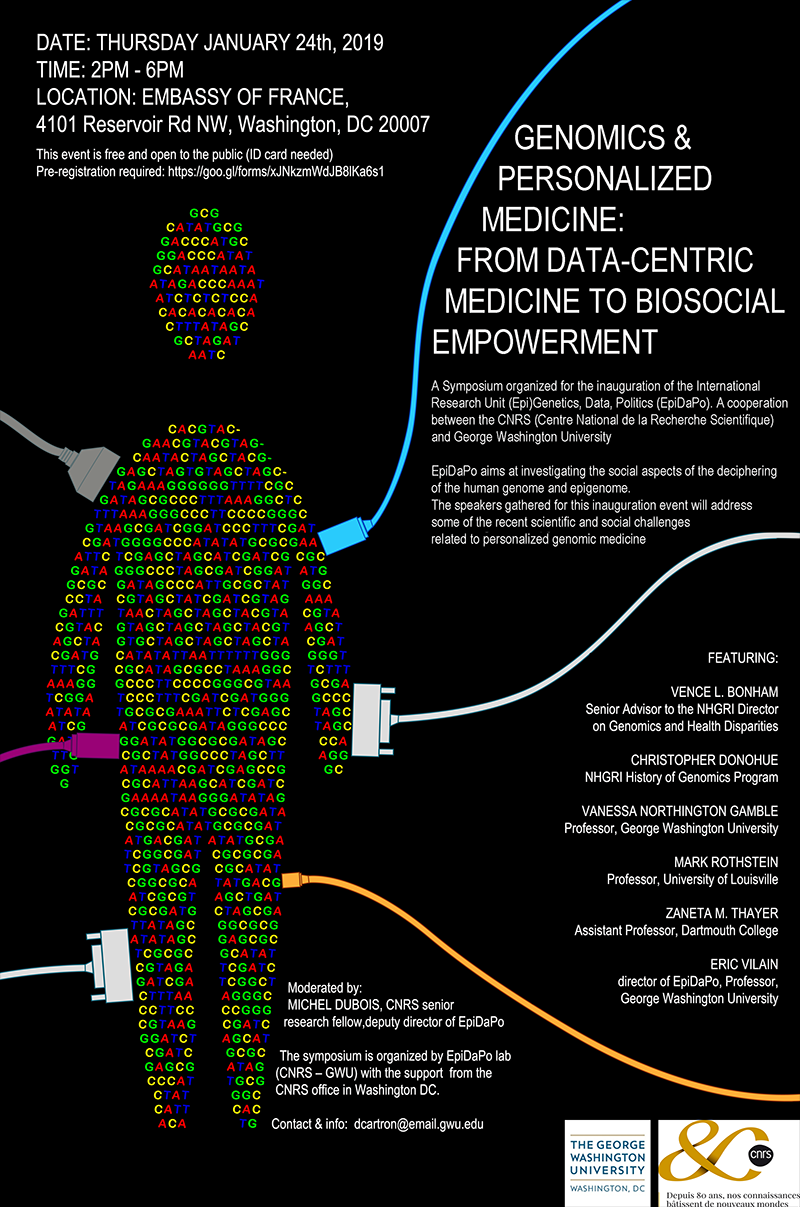 This event is free and open to the public (ID card needed)
Pre-registration required: https://goo.gl/forms/xJNkzmWdJB8lKa6s1

Genomics in the Public Square

Is coffee bad? Not for your mortality! 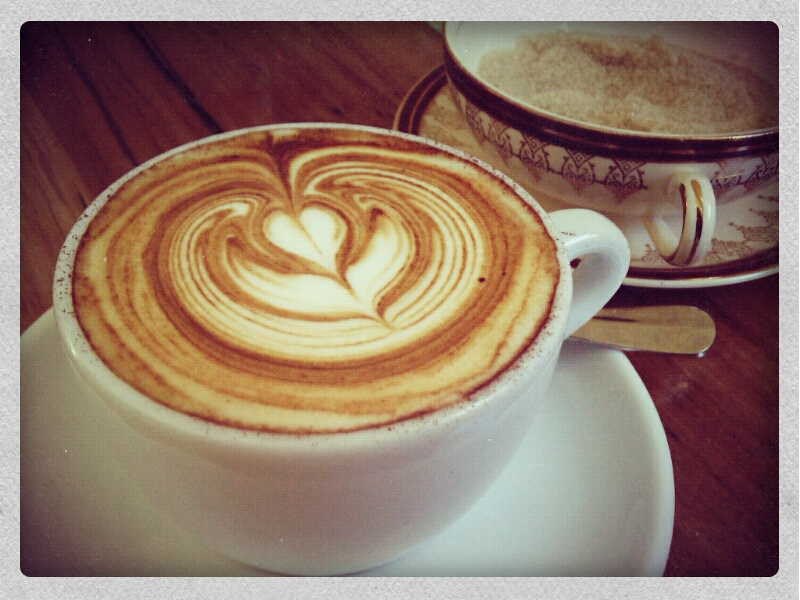 New research published in JAMA Internal Medicine looks at the inverse relationship between coffee drinking and mortality. In this population-based study, researchers used baseline demographic data to estimate hazard ratios for coffee intake and mortality, and also looked at the potential effect of specific genes which are known to modify caffeine metabolism.

In Association of Coffee Drinking With Mortality by Genetic Variation in Caffeine Metabolism: Findings From the UK Biobank, Lotfield, Cornelis, and Caporaso seek to answer the question:

"Moderate coffee consumption has been inversely associated with mortality; however, does heavy intake, particularly among those with common genetic polymorphisms that impair caffeine metabolism, increase risk of mortality?"

To understand their research and find an interesting example of population-based genetic research, read the full article - and and enjoy your favorite caffeine beverage guilt-free while you read!

To learn more about these issues and other genetics topics, participate in the SMHS’s online Genetics Journal Club.

Is precision public health a good idea - or even possible? 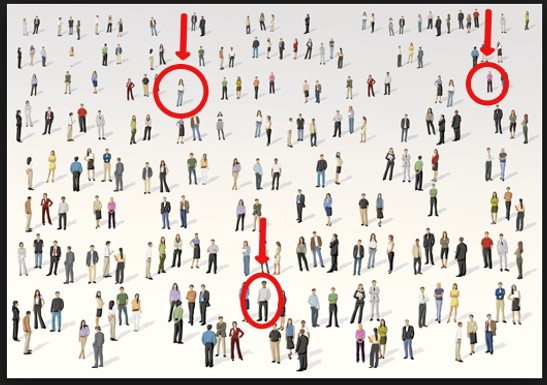 Is precision public health a good idea - or even possible?

To learn more about these issues and other genetics topics, participate in the SMHS’s online Genetics Journal Club.